The following has reached us from Kristen Castellana, University of Michigan Music Library: 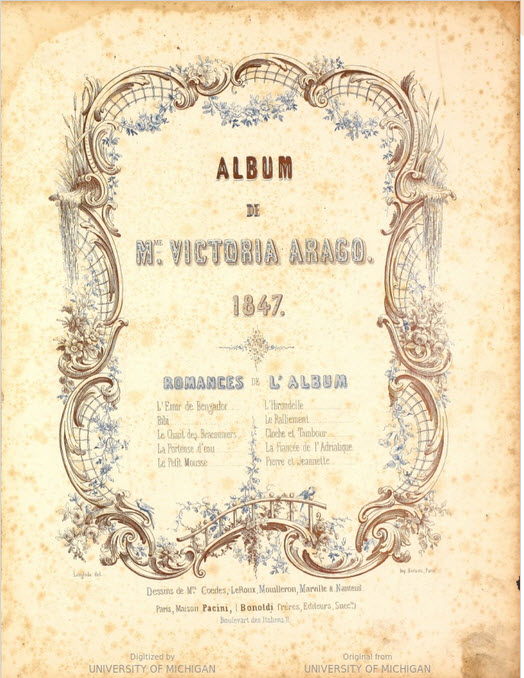 The University of Michigan Library has completed digitization of its Women Composers Collection, which contains approximately 2800 musical works by women composers. With the exception of several dozen 18th-century works, the music is almost evenly divided between the 19th and 20th centuries. The collection contains music in a variety of genres; songs and solo piano music predominate, but choral, orchestral, dramatic, and chamber music are also represented. Approximately 80% of the works are in the public domain and thus are available in full text.

The bulk of the material was assembled by a British antiquarian, from whom the Library purchased the collection in 1980, after which the Music Library added a few hundred more works. Most of the scores are first or early editions, and since many have not subsequently been re-published, much of the content is rare or even unique. Some pieces include markings or corrections from the composers themselves, and nearly 250 are manuscripts.

Options for accessing the collection: