In April I had the privilege of participating in a week-long Staff Exchange Programme with the Hochschule für Musik und Theater München, supported by the European Music Council. The EMC is one of the International Music Council's four regional councils, and IAML is a member.

Please, find a short video presentation on IAML's own YouTube channel. The video is part of my report to EMC and will be shown at the European Forum on Music 2018, in Oslo 7-10 June.

Germany has twenty-four Musikhochschulen with university status that are financed by the different Bundesländer (states). The Hochschule für Musik und Theater München (HMTM) is one of the most prestigious. It is also one of the largest as well as the second oldest, being founded in 1846. Germany’s oldest conservatoire, founded in 1843, is the Hochschule für Musik und Theater “Felix Mendelssohn Bartholdy” Leipzig, which will be the main venue of the IAML Congress, 22-27 July this year. 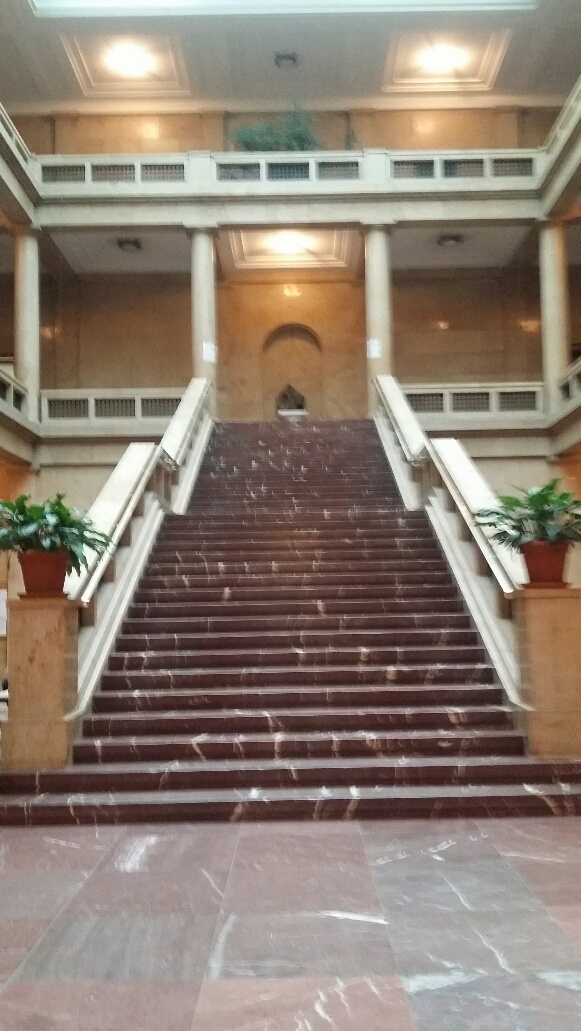 The HMTM has around 1,200 students (around ten percent are foreign students, mainly from East Asia) with study programmes across a wide range of music subjects and genres, including musicology, pedagogy and ballet. It gives joint courses with the Bayerische Theaterakademie August Everding, covering operatic performance, acting, directing, musicals etc. There is also a Jugendakademie for school children with a special talent in music. Thanks to a collaboration with the University, the Musikhochschule is able to offer a PhD in music pedagogy and musicology. In 2008 the HMTM merged with the Richard-Strauss-Konservatorium der Stadt München. 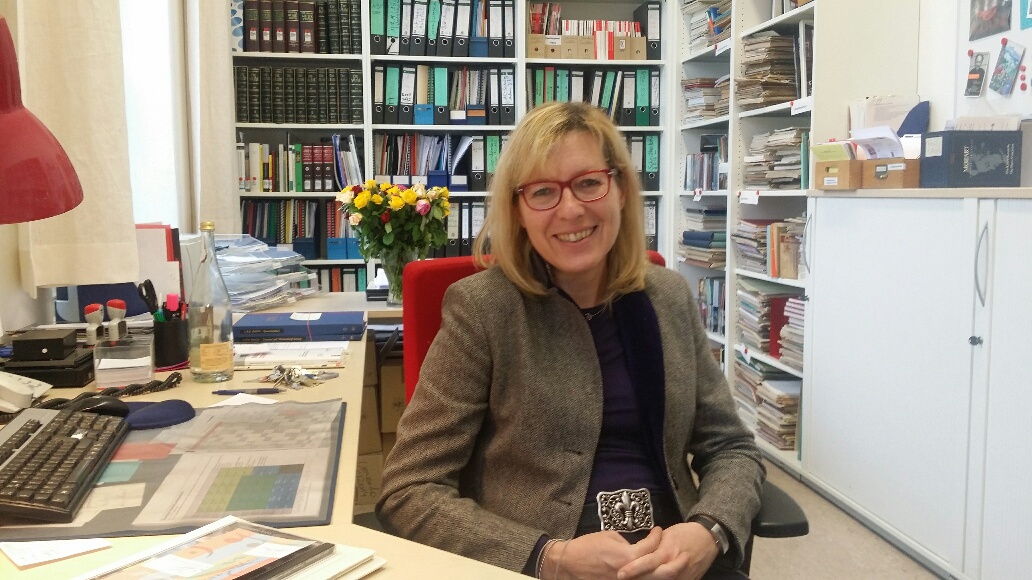 On the morning of the first day of my visit the Head Librarian, Susanne Frintrop, welcomed me to the library and presented the schedule she had carefully prepared for my stay. She introduced me to her staff and gave me a guided tour of the premises. Eight people work in the library – sharing five full-time positions.

Then I attended a rehearsal with the Madrigalchor led by Professor Steidler. After rather unorthodox warming-up exercises the students started to sing a moving piece of music called "To the Mothers in Brazil" by the Swedish composer Lars Jansson, arranged by Gunnar Eriksson - a choral professor at the Academy of Music and Drama in Gothenburg, where I work. What a nice surprise!

After the rehearsal Ms Frintrop gave me an overview of how she works with acquisitions. I was impressed by her ambition to keep herself updated with new publications by reading publishers' catalogues, reviews, other libraries’ acquisition lists, repertoire lists etc. I hardly ever manage to find time to do this myself. She is in contact with many music dealers beside the main dealer, Harrassowitz. The library receives all printed music that is published in Bavaria thanks to legal deposit provisions, which is also the case for the Bavarian State Library. As a result, all music published by Henle is sent to the library free of charge, since the company is situated in Munich. In addition, the library accepts many donations from private citizens.

A large part of Ms Frintrop's work has to do with different aspects of library technology, such as the maintenance of the library management system with the support of the Bavarian Association Head Office (BVB), including the webOPAC, the maintenance of the website and the maintenance of the cooperatively managed platforms DBIS, EZB, ZDB and DigiTool - please, "google" to learn more;-)! Gateway Bayern is the union catalogue and SISIS the local system. More than 150 libraries participate in the union catalogue, which has around 23 million entries. The library uses the multimedia server of the Bavarian Library Network for electronic publishing and archiving of the school's own digital collection. Ms Frintrop is also in charge of database licenses. The library subscribes to several databases, for example Musik in Geschichte und Gegenwart (MGG), Music Online and Groves.

The library stock comprises more than 100,000 media units, including 66,000 items of sheet music, 10,000 CDs and 18,000 books. The collections cover a broad spectrum – from early music to contemporary, jazz, folk music etc. There are scholarly editions as well as practical editions for all kinds of instruments, ensembles and vocal music. The library also holds performance materials for the choirs and orchestras and handles rental materials for concerts and opera performances. The Hochschule gives around 900 concerts and other stage performances each year, including one opera production per semester, in different performing venues, making it one of the biggest concert promoters in the city.

In the evening I took part in a guided walking tour with “Bayerische Staatsorchester” as the theme. The guide took the group to different places in the old town connected with the long history of the orchestra. The presentation was in German and to my astonishment I understood practically everything. My father, who was a German teacher, would have been proud of me! I should mention however that everybody I met during the week spoke excellent English. After the tour I enjoyed a wonderful concert given by the very same Bayerische Staatsorchester in the famous Bayerische Staatsoper. 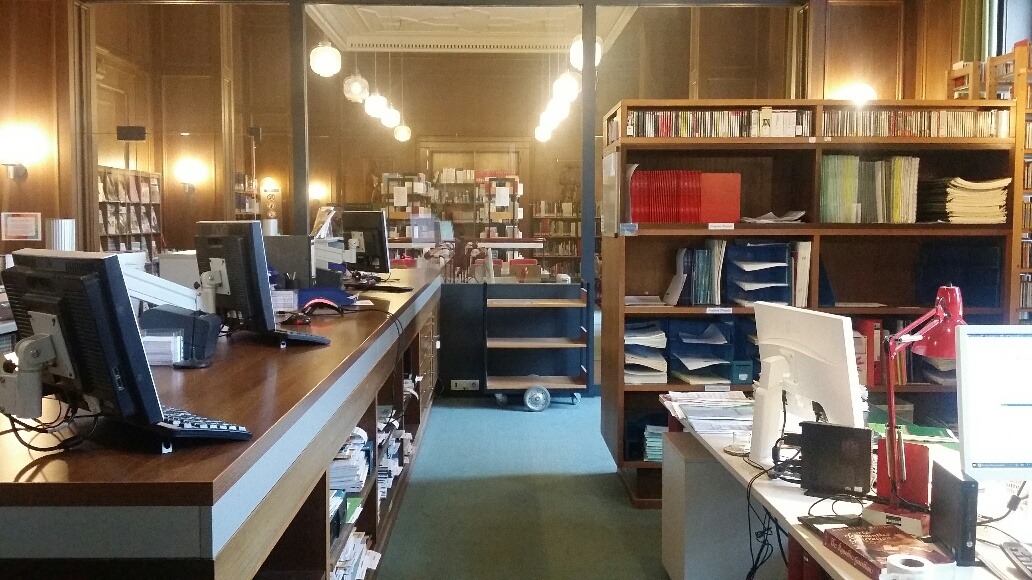 On the second day of my visit I was given a comprehensive presentation of the professional work the library staff carries out daily in support of the students and staff of HMTM. Ms Milchert and Ms Zimmermann showed me the reading room, told me about the lending system and demonstrated the online catalogue. Ms Frey talked about how she works with periodicals. She also informed me about a project she is working on, together with one of the professors, digitizing vinyl recordings to be used as course material. Ms Niemann presented her work with cataloguing, classification and shelving. Ms Dettling spoke about about how she provides music for the choirs, ensembles and orchestras. The masters programme in orchestra playing goes through a vast repertoire during a year.

Tuesday evening I attended a concert in the series “Tage der Kammermusik”. The student ensembles were fabulous!

On Wednesday morning I was given an interesting guided tour of the Gasteig Cultural Centre. The building hosts some institutions of the Musikhochschule - jazz, folk music and early music. The public library in Munich, which holds the largest music collection of all public libraries in Germany, is situated in Gasteig, as well. It is also the home of the München Philharmonie. Ms Frintrop had kindly given me a free ticket to the dress rehearsal around noon. I had imagined a few people scattered around the concert hall and was totally taken by surprise when around two thousand people turned up! Among them were plenty of teenagers who seized the opportunity to have a good nap. The Gasteig was completed in 1985, but is now in need of total renovation. All activities in the building, including the entire library, must move out while the work goes on.

During the afternoon I took part in a session about “Motivationspsychologie”. The renowned professor Adrina Mornell had invited a colleague from Switzerland to talk about this subject, which must be central for students who have chosen such a demanding profession.

The Hochschule is spread across five sites. The main building on Arcisstrasse 12, where the library is situated, was once the headquarters of the Nazi Party. In fact the reading room of the library was Adolf Hitler's former smoking room and one of the lecture rooms used to be his office. In the basement you can find Hitler’s bathtub (nobody knows what to do with it!). You can also see graffiti left by American soldiers. One of them writes that he hopes to come home for Christmas. Instead of hiding this problematic fact the Kanzler, Alexander Krause, regularly conducts groups of school children on a guided tour in the form of a history lesson. I followed one such group on Thursday morning. It was very thought-provoking and the pupils listened attentively. They were inquisitive and not afraid to approach this difficult subject. Next to the building stands "The National Socialism Documentation Centre", which was inaugurated in 2015. 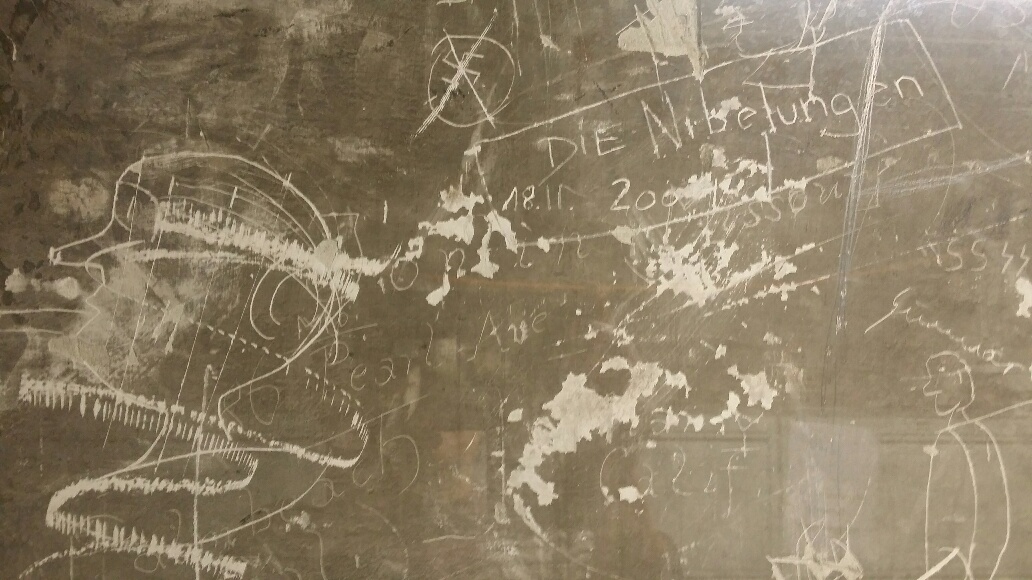 The building on Arcisstrasse 12 is in urgent need of renovation and from 2020 the library and the administration will be evacuated for five years. Susanne Frintrop is currently planning for this cumbersome situation.

My final day at the HMTM became quite busy, since there were still several things left on the agenda. The day started with a presentation by Mr Zizek, who is in charge of the vast stock of music in the basement. I was told by his colleagues that his knowledge of where to find everything is indispensable – the system is quite intricate. I was also shown some rare materials, but not much is left since the building where the school was situated at the time was bombed during the second world war.The library was completely destroyed and so was all archival material. After we had visited the basement with long narrow corridors connecting different buildings in the neighbourhood, Ms Kopp told me how she administers the workflow connected with bookbinding.

I spent the rest of the day with Susanne Frintrop talking about many different things of mutual interest, for example IAML matters such as the approaching Congress in Leipzig. Susanne is the past Vice-President of the German national IAML branch. 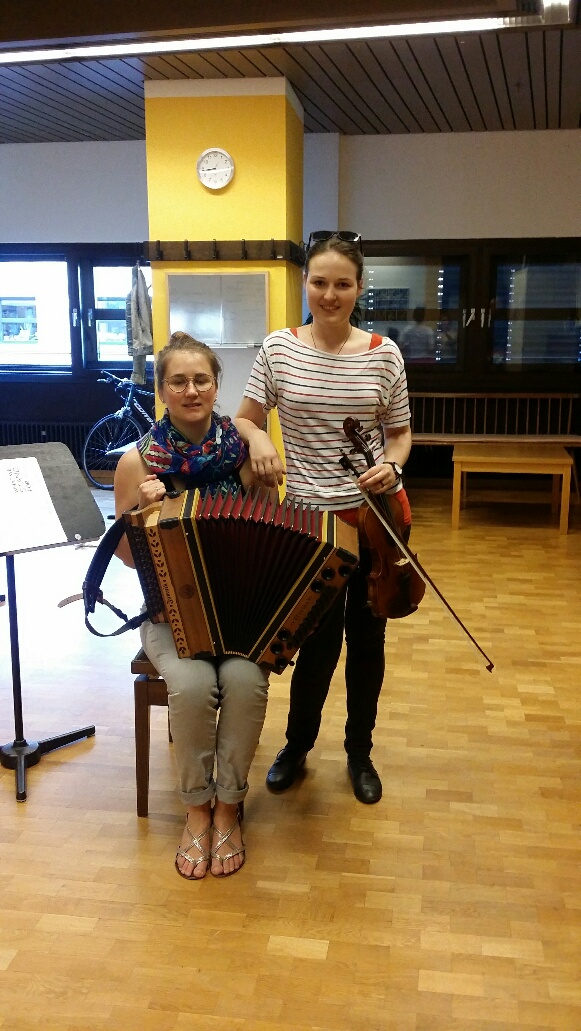 After leaving the library for the last time on this visit, I spent a couple of hours in one of Munich’s excellent museums - die Alte Pinakothek.

Finally I would like to thank Susanne Frintrop for her great care and hospitality during the week. A hearty thank you also to other colleagues in the library. I had a very stimulating week and hope that my hosts also benefitted somewhat from my visit through our many discussions.