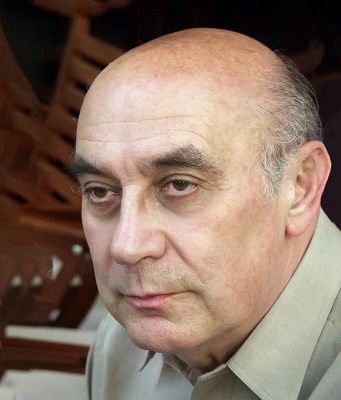 We have received the following from Julianna Gócza, president of IAML Hungary:

It is with sadness that we report the passing of János Kárpáti, long-time member of the Hungarian IAML Branch, who was also active in IAML on an international level.

He became head of the library of the Liszt Academy of Music in Budapest in 1961, serving as its director for altogether 44 years. While he remained active as a musicologist, and published important monographs about the analysis of Béla Bartók’s works as well as Asian music, his persistent work gradually rendered the library of the Academy the richest in the country, serving the needs of both performing musicians and scholars.

He first attended an annual IAML congress in 1971, and by the late 1970s became a particularly active member. As a result, he was elected Vice-President in 1980 in Cambridge, as well as (for a second term) in 1983 in Washington DC. He was the main moving force behind the 1981 IAML congress held in Budapest, using the centenary of Bartók’s birth as a starting point for a wide variety of professional and musical programs that participants keep recalling even today with shining eyes.

János Kárpáti soon became involved with the great music bibliographical projects sponsored by IAML. Following Barry S. Brook’s call, he was member of the Commission Mixte of RILM from 1981 to 1991. Robert H. Cohen also invited him to the Répertoire International de la Presse Musical, and commissioned him to compile a volume dealing with Hungarian periodicals including Zenészeti Közlöny (1882), Zenevilág (1890-1891) and Zeneirodalmi szemle - Művészeti lapok (1894-1896).

The Hungarian branch of IAML was founded in 1973, and Kárpáti served as its president from 1977 to 1999. His retirement in 2005 coincided with the restructuring of the national branch as a public benefit organization. Kárpáti was among the founding members, and took part in our work as long as his health permitted – his supporting presence always gave us a sense of security. In the period he served as president of the Hungarian Musicological Society (1998–2007), the connections between the two organizations were especially close.

He also contributed to the programs for the further education of music librarians at both the university level and in the form of special courses. At the Liszt Academy of Music he not only taught style and opera history, Asian music and management skills, but also a standard class “Introduction to Bibliography”.

He was a special personality: a scholar-librarian, but at the same time an open-minded, good-humored man who sparkled in company. It was an honor as well as a pleasure to work with him, not merely because his knowledge was overwhelming, but also due to his rare ability to create a pleasant atmosphere around him.

Photo by Andrea Felvégi. The original Hungarian announcement can be read here.