The second congress diary sharing an aspect of the 2018 IAML Congress in Leipzig is by Sebastian Wilke (Qatar National Library). It was originally published in Mr. Wilke's blog and has been republished here with permission: 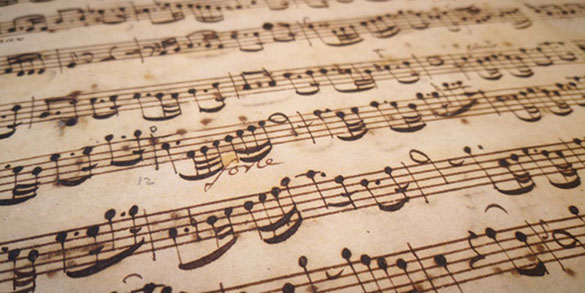 From July 22-27, me and more than 400 music librarians and specialists from around the world attended the 2018 Annual Congress of IAML, the International Association of Music Libraries, Archives and Documentation Centres. We met in Leipzig, rich in music history as the domain of Bach, Schumann, Mendelssohn and so many other important figures, which would set the tone of the whole congress week. Overall, I really enjoyed the conference. It had been three years since my last IAML Congress. At the same time, many members of the German IAML branch gathered in Leipzig, so this was an excellent opportunity to catch up with colleagues, both on a national and international level, and make most of the conference program. Here are some spotlights from the congress week. 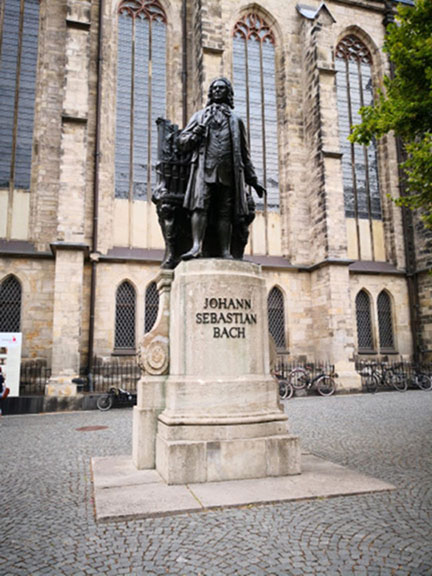 One of my main reasons to attend the conference was to participate in the activities of the IAML Advocacy Committee as a member of the group and to present a work related project during the poster session. For the past two years, the Advocacy Committee has been laying the groundwork for its future activities, among others by formulating the terms of reference and goals of the group, by gathering basic feedback from the IAML community, by documenting good practice related to (music) library advocacy and by building a network of advocacy liaison contacts around the world for local outreach and feedback. During the working meeting in Leipzig, we mainly revisited the ongoing efforts of the group and agreed on further points of action for the upcoming year. One major project will be to create supporting documents built upon the examples of good practice that can be used by music librarians around the world in different scenarios.

During the first poster session of the conference week, I presented my poster “Curated Naxos playlists for philharmonic concerts – A unique collaboration between Qatar National Library and the Qatar Philharmonic Orchestra”. Since 2017, Qatar National Library (QNL) is providing playlists on Naxos Music Library (NML) that are tailored to the concerts of the Qatar Philharmonic Orchestra (QPO). Residents of the country have free access to the library’s resources (including NML). While the playlists mean added value for the concert audience who can preview and revisit the music of the performances, QNL benefits from reaching out to a new user group. More information about the project can be found on the QPO website. During the poster presentation, it was interesting to talk with many colleagues about their experience with Naxos Music Library and to learn from a few other libraries who provide a similar service – usually within one particular city rather than nation-wide. Visiting the conference exhibition or one of the vendor lunch talks was a perfect follow-up to this, since you could get the latest updates on music streaming services [links from author's original for "music streaming services": https://www.naxosmusiclibrary.com/, https://www.medici.tv/en/, https://www.idagio.com/, https://www.digitalconcerthall.com/] and platforms for digital sheet music [links from author's original for "digital sheet music": https://www.tido-music.com/, http://www.nkoda.com/, https://www.gvido.tokyo/] 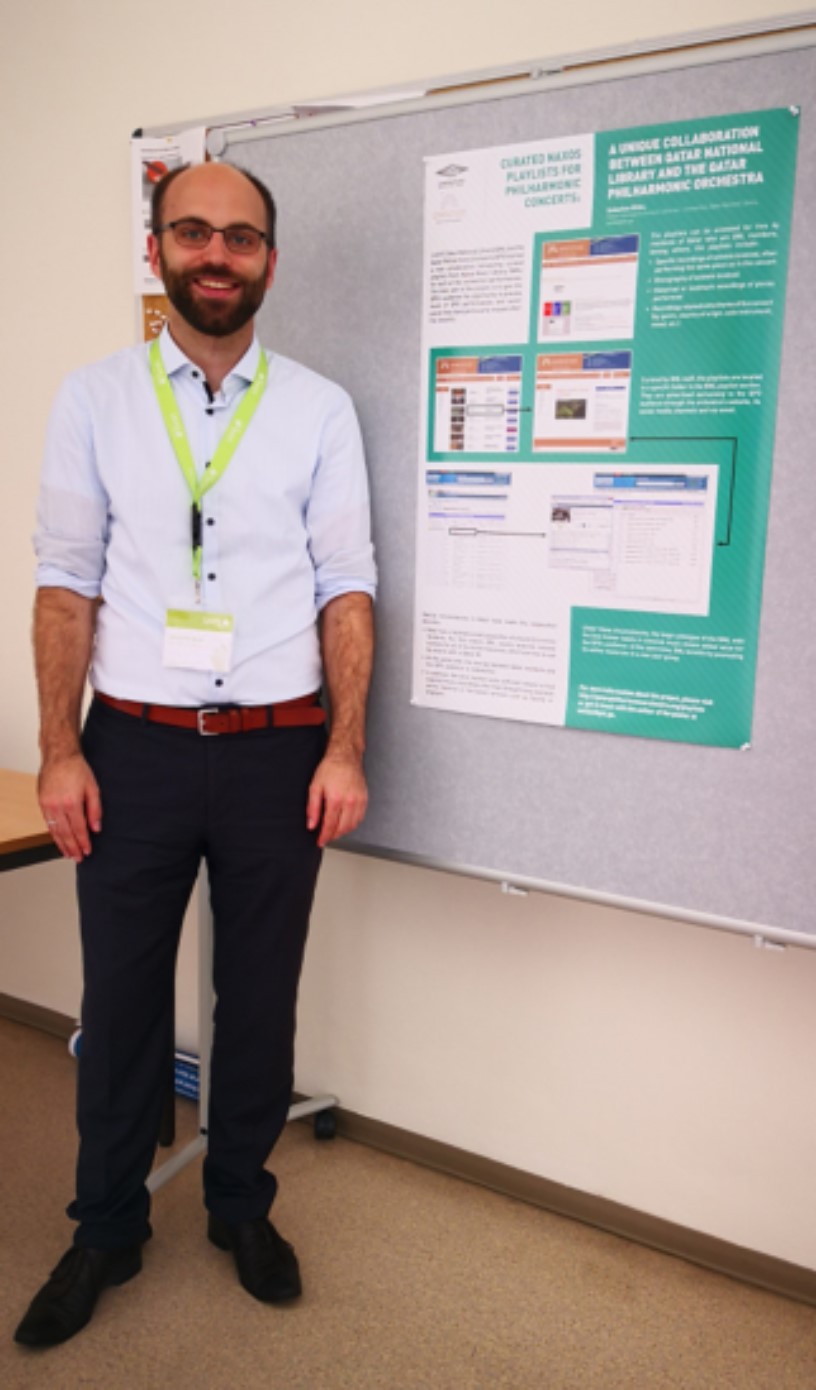 The evening program was rich in music, too, and included a total of three concerts [links from author's original for "of three concerts": http://sched.co/FSdP, http://sched.co/FPuI] that varied in style and location. My favorite performance by far was the concert of amarcord who presented a huge spectrum of vocal music spanning from chorales from the Thomas-Graduale to vocal compositions by Leipzig Conservatory teachers. Location-wise, the concert “Catholic Church Music from the Dresden Court” was most impressive, as we could listen to the pieces in the newly openened breathtaking building of the Paulinum (see photos below). But the musical performances didn’t stop here. There was plenty more to discover during the week just by walking through the streets of Leipzig which included everything from string quartets, flute duets, pianists and guitarists to singer-songwriters, pop bands, Russian folk songs and even tango dancers. 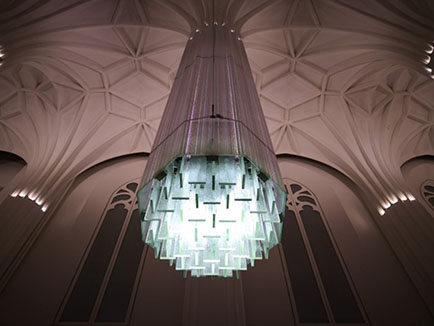 Despite the ongoing heat wave in Germany, walking was a constant during the congress week, mainly because Leipzig is a very walkable place and the sessions and meetings took place in different locations covering the area of the University of Music and Theatre »Felix Mendelssohn Bartholdy«, the Lepzig University Library (Bibliotheca Albertina) and the Leipzig Public Library. Adding to this, the conference program included a large number of tours which featured a variety of libraries, but also paid tribute to the rich music history of the city. I was able to see the German National Library (including the German Music Archive), the Leipzig Public Library, the Bach-Archiv as well as the Schumann-Haus and the Mendelssohn-Haus. While the libraries on this list were already fascinating, for me and many other attendees visiting the homes and places of creative work of Bach, Schumann and Mendelssohn was undoubtably the highlight of the tours. Below are some impressions from the Mendelssohn-Haus showing rooms of the apartment (first three photos: salon, study and bedroom), parts of the recently opened exhibition about Fanny Hensel (next two photos) and the “Effektorium” which lets you conduct a virtual orchestra. 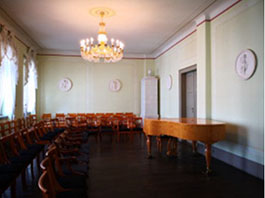 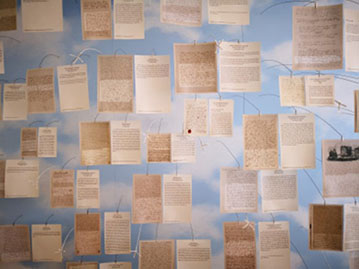 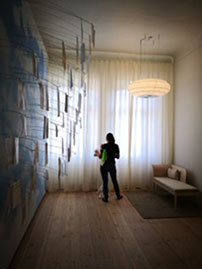 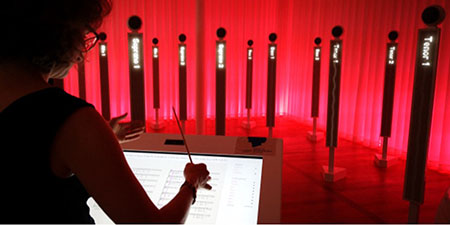 Following their motto “It’s all in the mix.“, the organizing committee of this congress managed to come up with a great mixture of conference sessions, musical performances and tours that showcased the best of what music history and libraries in Leipzig have to offer. All those great memories make me look forward even more to the upcoming IAML Congresses in Krakow, Prague and Stellenbosch. See you next year in Poland!

It was so interesting to read Sebastian Wilke's diary whose poster session was one I regrettably missed--as well as the opportunity to meet him. The three-way collaboration between the Qatar National Library, the Qatar Philharmonic Orchestra and the Naxos Music Library is a model of the creative use of resources and is a perfect example of "Outreach."