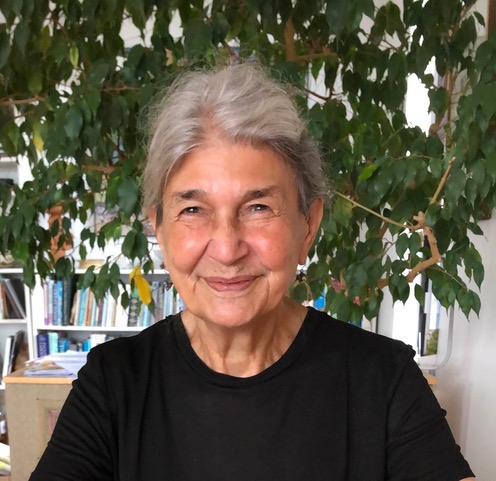 The following citation by Roger Flury was read during the IAML Congress in Prague prior to awarding Honorary Membership to Maria Calderisi. The full citation can be read here.

The awarding of Honorary Membership of a professional association, must surely rank as one of the crowning moments in a long career. Today, the Board of IAML is proposing that the General Assembly award Honorary Membership to a member who meets the constitutional criteria of ‘rendering notable service to the association’.

Maria Calderisi was born in Montreal, and she graced her chosen profession with a B MUS from McGill University; a Master of Arts in Library Science from Michigan; and an MMA in musicology, again from McGill. Of course, qualifications aren’t everything. There are many highly qualified music librarians, but what separates the best from the rest is, quite simply, a passion for their subject and their collections, combined with a passion for sharing their knowledge.

Like so many of our members, Maria has made a contribution to the literature of music in general, and of her own country in particular. Her McGill thesis, on the beginnings of music printing and publishing in Ontario and Quebec, was revised and published in 1981.

But this is a IAML award, so we should focus for a moment on Maria’s IAML career. She has been president of the Canadian Branch (CAML), a member of the IAML Board from 1980 to 1986, and President of IAML from 1986 to 1989. She has been a delegate to, or committee member of, IMC, MLA, IFLA and the Canadian Music Center. More acronyms abound when one acknowledges Maria’s involvement with the ‘R’ projects: RIdIM, RILM, and RIPM. She has also contributed articles and reviews to journals, and was the guest editor for the 50th anniversary issue of Fontes in 2001.

Maria’s work has, of course, been recognised elsewhere, notably in 2002, when she was awarded the Helmut Kallmann Award, which recognizes distinguished service to library or archival science, with a focus on music in Canada.

When discussing Maria, certain adjectives abound, such as ‘dedicated’, ‘enthusiastic’, ‘energetic’ and ‘caring’. Her ability to reach out and encourage those embarking on a library career is often mentioned, and that attribute is very important, because it ultimately contributes to the calibre of staff in our institutions as well as in our own organisation.

In her 2018 IAML Congress Diary from Leipzig she wrote:

There is a treasure that is never in short supply in IAML—the people. It is the new generations who continue to inspire me with their enthusiasm, dedication and vision and who fill me with confidence in the future of our profession in a swiftly-changing world.

This is a vote of confidence in the future of IAML from a remarkable champion of music librarianship. I hope we can respond in kind by awarding Maria Calderisi Honorary Membership of our association.