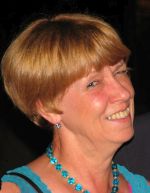 The last time Honorary Memberships were awarded was in 2001. On that occasion, the recipients were Lenore Coral, Anders Lönn and, posthumously, François Lesure. The Board now feels that it is time to approve honorary membership for some others who have rendered exceptional service to IAML. Earlier this week, the Board presented two names to Council where they were approved unanimously, and are now presented to the General Assembly for approval.

There are members whose service to our association over the years has been quite exceptional and for whom the association’s work has been vital in their professional and personal lives. Their dedication to their own library, to music libraries in general, and to IAML activities both on a national and international level, has been extraordinary. They have been, and continue to be, moving forces in the profession and they are people to whom we turn when we need advice and guidance. They have inspired many in the profession and also those within our association, each in their own personal way. We are referring to two people in particular, one of whom Veslemöy Heintz is with us here today.

The other person’s commitment to the Association has been equally important over the past 20 years. She served on the board as Treasurer for 6 years and went on to become President and Past-President. Her role in her national branch has been vital, serving as Treasurer and President. She has always been active on committees and projects, and has been involved in organizing several international conferences. With great clarity, she has always stated the importance of our profession and the work of music libraries, as well as the importance of the knowledge required to fulfil our tasks in a professional way.

She played a vital role in bringing more members to our association from countries not well represented, especially from Eastern Europe (the Baltic States, the Czech Republic, Russia and Slovakia). Her role in Outreach has been very important, not least in her creation of the Outreach Fund. She has always looked for ways to support our colleagues from those countries, and many colleagues have enjoyed her hospitality in her own home. Her main aim was to encourage recognition of the importance of library collections in their own countries and to support library work through international co-operation. One recent example of this was her work for the Russian issue of Fontes Artis Musicae. This equally remarkable woman is Pamela Thompson.