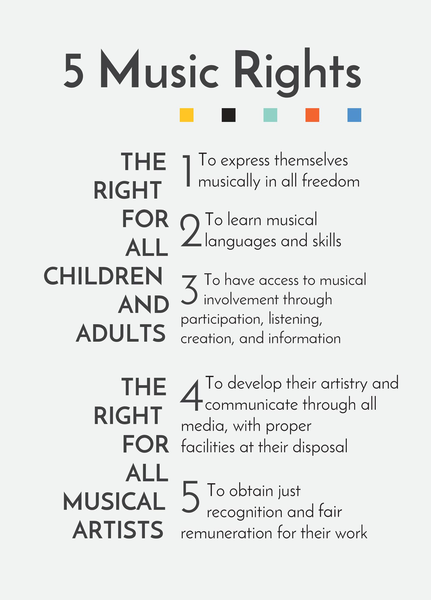 The International Music Council (IMC) will celebrate its 70th anniversary this year and will mark the occasion during the 6th World Forum of Music, which will take place from 27 September to 1 October 2019 in Paris.

At the center of the Forum is the IMC's 5 Music Rights statement that "advocates access to music for all."  The IMC will feature an exhibition called "70 Projects for 70 Years" that highlights efforts made by IMC members to implement the 5 Music Rights. As a member of IMC, the International Association of Music Libraries, Archives and Documentation Centres (IAML) nominated the oldest of its "R" projects, RISM, to represent the 5 Music Rights. RISM was accepted and will be featured at the celebrations in Paris. Stanisław Hrabia (IAML President), Pia Shekhter (IAML President-Elect), and Klaus Keil (Director, RISM Zentralredaktion) will be in attendance. IAML and RISM will share a table at the IMC Village, "a place for networking where participants will be able to meet, discover and get inspired by the diversity of the actions of IMC members."

RISM, which has been international from the beginning, was founded in Paris in 1952. Only one year earlier the International Association of Music Libraries was founded under the auspices of UNESCO to promote international cooperation between music scholars and music librarians after the end of World War II.

RISM is an essential tool not only for musicologists, but also for performers. RISM is the portal to a treasure chest of music that comes to life again through musicians. Thanks to partners in over 35 countries worldwide, music libraries and archives help to make the music of yesterday a living heritage. RISM therefore exemplifies number 3 of the 5 Music Rights: To have access to musical involvement through participation, listening, creation and information.

For IAML, the 6th World Forum of Music will be a double commemoration. It was this very same time in 1949 that the first exploratory meeting of music libraries took place in Florence. That meeting, together with another one at Lüneburg in 1950, preceded the official establishment of IAML the following year in Paris. 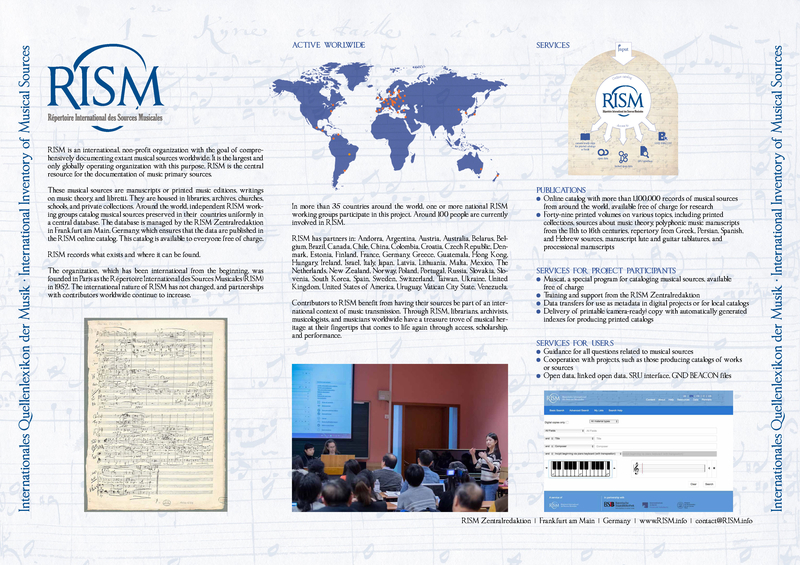