A week has passed since the conference ”Keeping Music Alive: Innovative Approaches to Music Documentation and Interpretation” ended. The Conference was arranged by Ewha Womans [sic] University in Seoul and several IAML members participated. I was inivited in my capacity as Secretary General of IAML and made a presentation of our Association. IAML’s President Barbara Mackenzie was also attending, but this time in her role as Chief-Editor of RILM. Jennifer Ward, working at the RISM office in Frankfurt, gave her own paper "RISM for Librarians and Students". She also substituted Klaus Keil, Director of RISM's Central Editorial Office, who unfortunately was prevented to come, and read his paper "RISM: A Tool for Documenting Historical Library Collections and an Aid for Music Research and Performance in a Historical Context".  The two remaining IAML delegates were Jürgen Diet, Bavarian State Library in Munich, and Rupert Ridgewell, British Library. The title of Jürgen Diet’s paper was “Strategic Development in the Music Department of the Bavaria State Library: Digitization and Documentation of Music Documents, the RISM-OPAC, and the Virtual Library of Musicology”. Rupert Ridgewell presented “The Conference Programmes Online Database: an International Resource”.

We were all somewhat bewildered about why we were invited and what the conference was actually about, but everything was cleared up after the Opening Remarks by Hyun Kyung Chae, Director of the Ewha Music Research Institute (EMRI) and President of the Korean Musicological Society. She explained that the conference had been motivated by a series of important events during the last two years. The most important of them was the celebration of the 60th anniversary of RISM, which took place in Mainz in June 2012. It had been especially useful to learn about the technically advanced RISM Database, since the Ewha Music Research Institute was in the process of creating its own music education database of East Asia. Another important event was a conference arranged by EMRI in October 2012. The conference was called “Discovery of Modernity in East Asian Music: The West, the Tradition, and Beyond”. Scholars of the region were invited to “locate knowledge production of Asians within Asia itself”. The final important event leading up to the present conference was a successful meeting of the International Musicological Society of East Asia held in Taiwan in October 2013.

There were about 100 participants in the conference, including students at the university. Besides from the “delegation” from IAML the speakers came from Korea, Japan, China, Taiwan, Indonesia and Denmark.

As Secretary General of IAML I was very pleased that the conference organizers decided to combine the experience and knowledge of scholars and librarians to discuss future directions. To use the words of Professor Chae - music librarians and music scholars are “two highly complementary aspects in music research”. I found the conference very useful, not least thanks to all the new contacts with colleagues from East Asia we had the fortune to make. My feeling, and sincere hope, is that this conference was the beginning of an expansion of IAML in Asia. 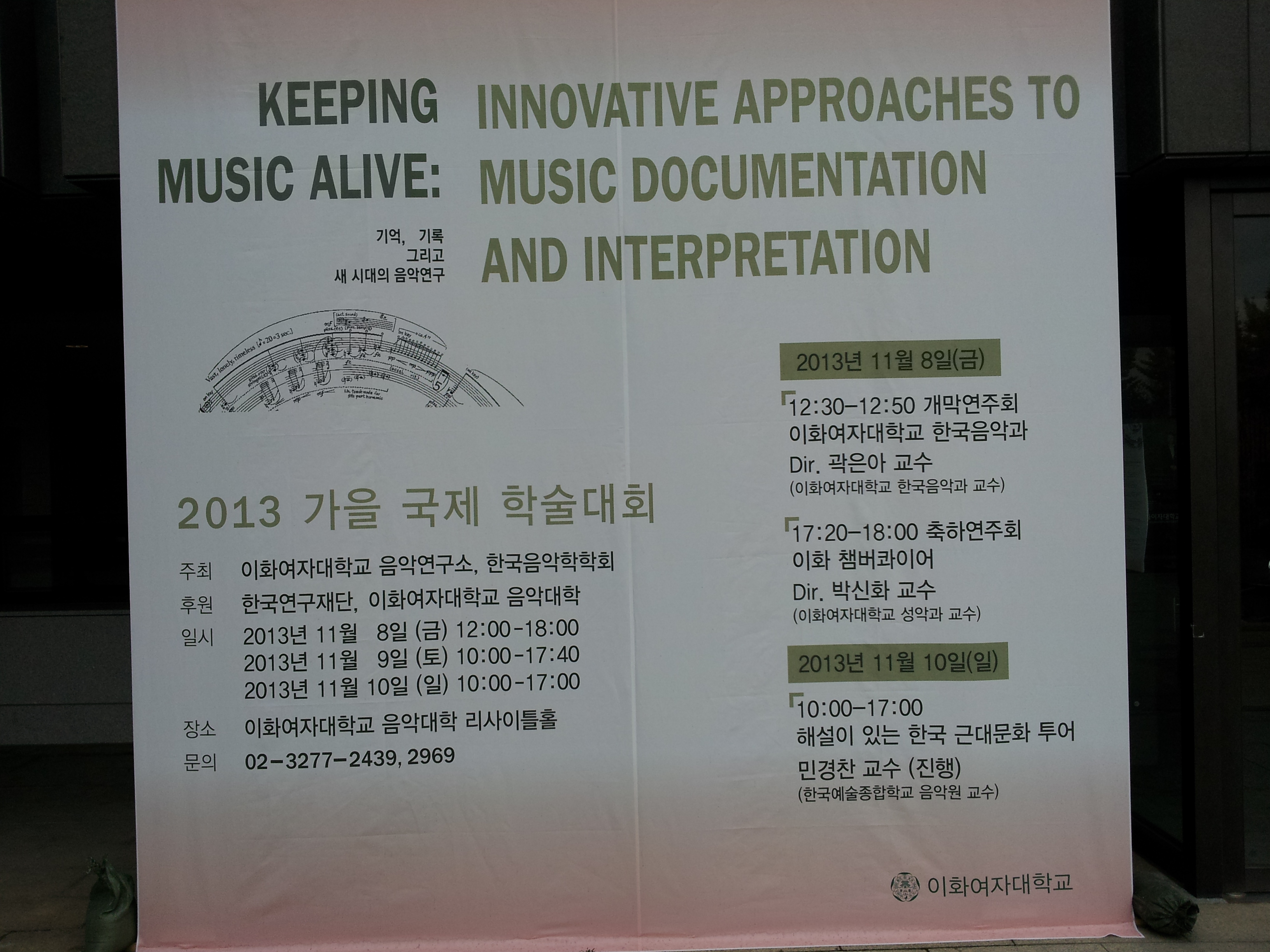 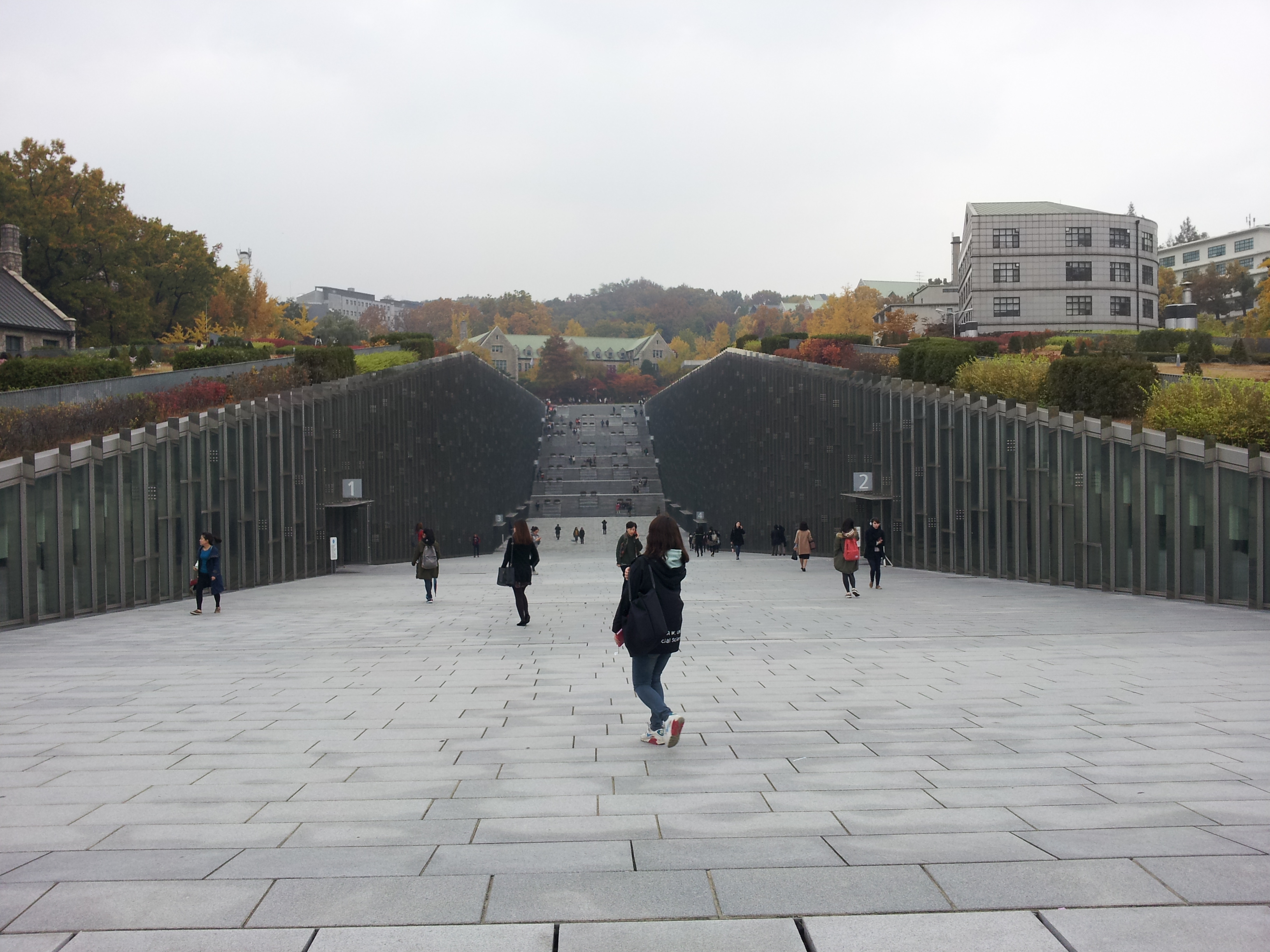 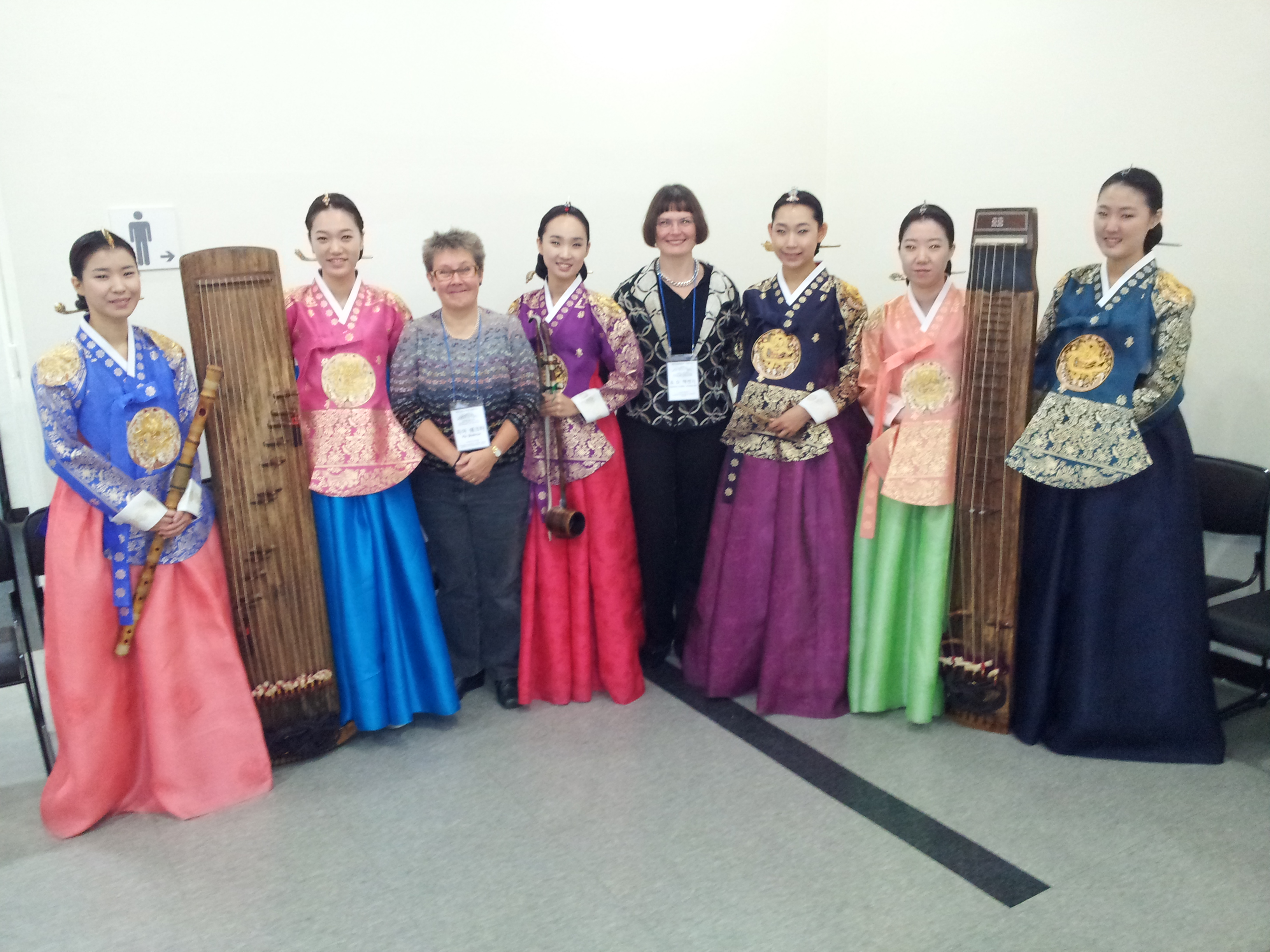 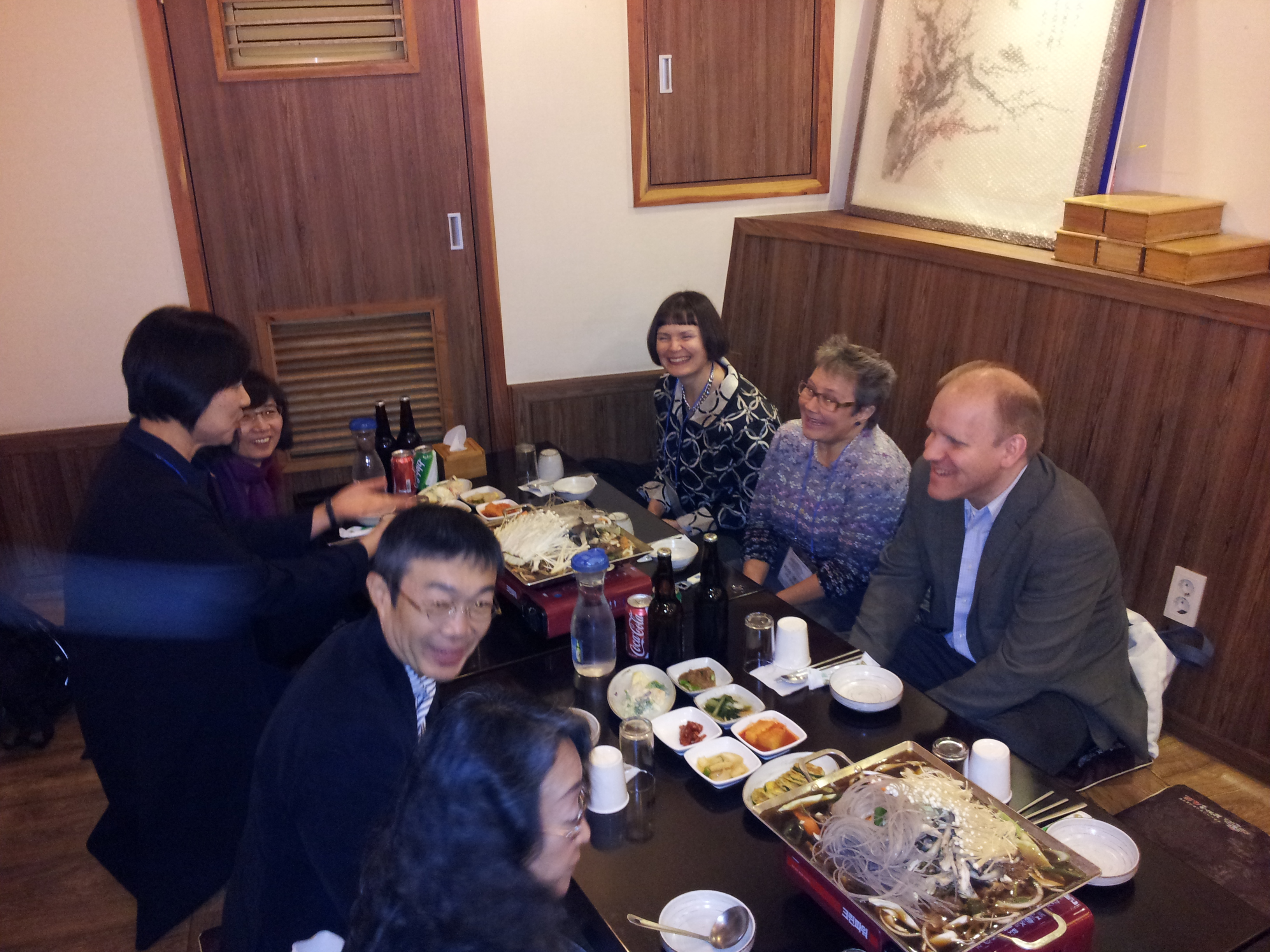 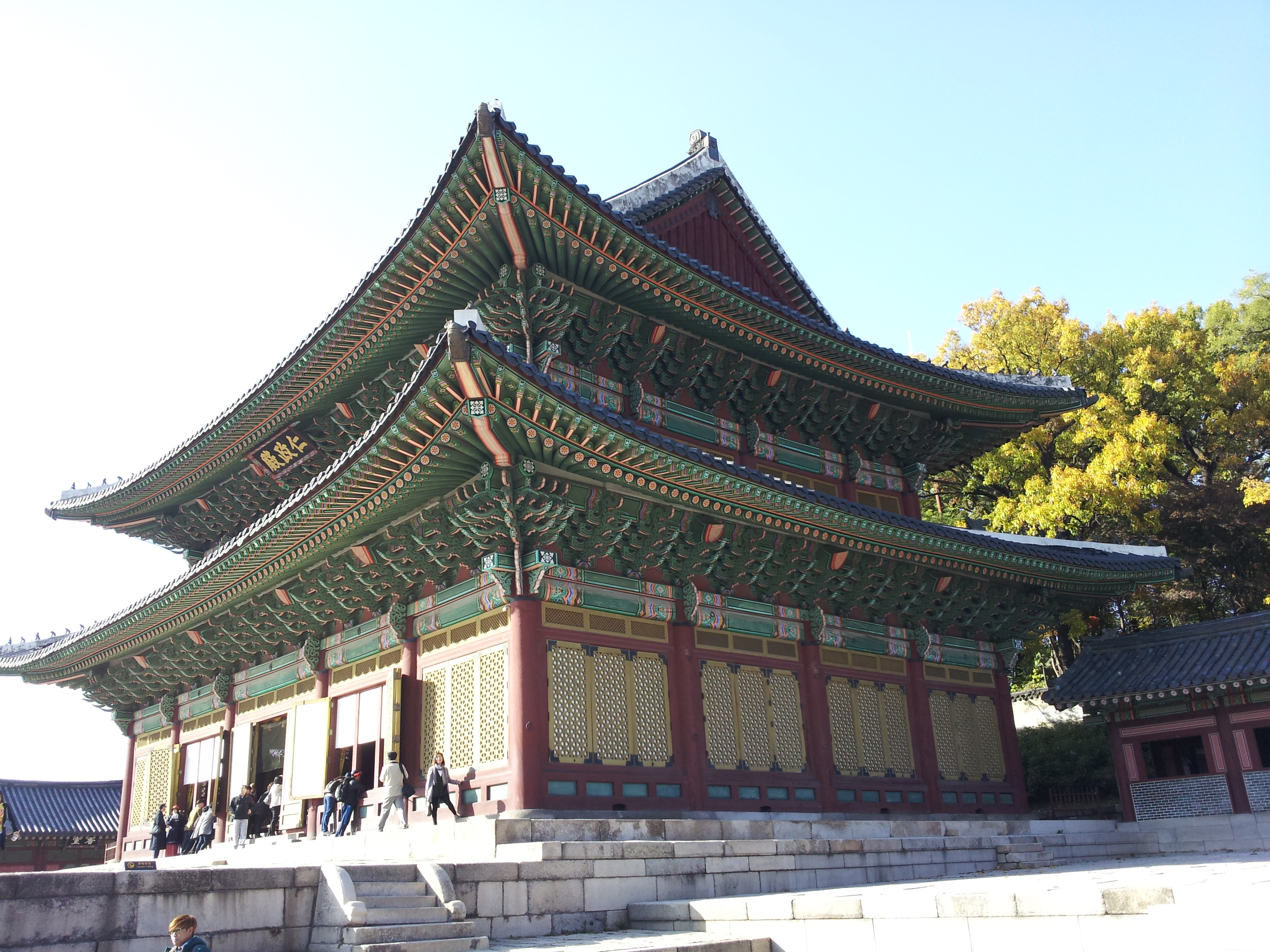