The following post was written by Beth Fleming (Oklahoma City University), coordinator of the Music Library Association's Women in Music Round Table: 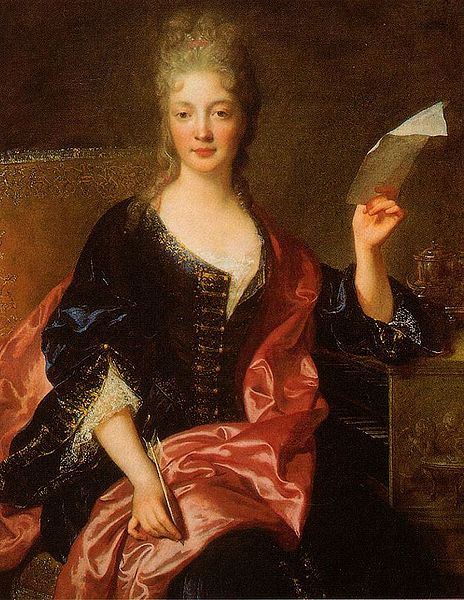 Elisabeth Jacquet was born March 17, 1665 into a prominent family of musicians and harpsichord builders and this year would be the 350th anniversary of her birth.  She became one of the first publically celebrated women in music during her lifetime.  She received her first music instruction from her father, a master instrument maker and organist at the Église Saint-Louis-en-Île in Paris. In 1673 at the precocious age of eight, she made quite an impression on the court of Louis XIV, where she was proclaimed a true prodigy. The king’s mistress, Madame de Montespan, changed Elisabeth’s life by immediately inviting her to live at Versailles as part of her entourage. By 1677, Elisabeth Jacquet was hailed in the journal Mercure Galant : “She sings at sight the most difficult music. She accompanies herself and others who wish to sing, at the harpsichord, which she plays in a manner that cannot be imitated. She composes pieces and plays them in all the keys asked of her.”

Elisabeth Jacquet married Marin de la Guerre, an organist and harpsichord teacher in 1684. The couple moved from Versailles back to Paris, where she taught and gave concerts at home and throughout the city.  In 1687, she published her first book of four suites for harpsichord.  Four years later, to celebrate the capture of the Belgian city of Mons by Louis’ troops, she composed the ballet Les Jeux de l’Honneur de la Victoire. In 1694, she staged her tragic opera, Céphale et Procris, at the Academie Royale. It was the first produced French opera written by a woman. A plethora of publications of her secular and biblical cantatas, sonatas, songs, and keyboard suites placed her at the very top of 17th century French music. Elisabeth Jacquet de la Guerre remained professionally active, publishing and performing until 1717 when she retired. She lived in the parish of St. Eustache in Paris, and passed away in 1729, still greatly admired at court and in the city.