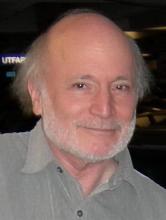 Summarizing the career of anyone, lest someone as prolific as Robert, verges on the impossible. Therefore, at the risk of classification – though this is a library organization, after all—we hereby present a portrait of Robert in five titles.

Music Historian. Robert received his Ph. D. from New York University with a dissertation on the music criticism of Hector Berlioz. It is from this initial work, both in New York and his beloved France, that so much of his career flows: the collected edition of Berlioz’s musical criticism (seven volumes published to date), studies of the staging manuals for Parisian operatic premières, a magnificent catalog of the musical iconography in L’Illustration (1843-1899), and, of course, the magnum opus, Le Répertoire international de la presse musicale, or simply: RIPM. Note that all of these projects occur at the intersection of sources and analysis—or, at the intersection of musicology and librarianship. For, it is only through the understanding of sources that we can say something about them. The music historian is the mirrored image of the librarian.

Visionary. “This guy must be nuts.” So David Fallows, former President of the International Musicological Society, opined in 1982 upon hearing the ambitious plan for RIPM. Robert merely proposed an annual production of ten printed volumes per year. Now, some thirty-five years after this utterance, such production seems almost passé. At 320 printed volumes, a database of 800,000 records, two full text collections comprising some one million pages, and a major jazz periodicals project in process, RIPM’s progress is a nothing short of a monument.

Entrepreneur. Not in a commercial manner, rather, an entrepreneurial mindset: innovative, creative, doggedly productive, and efficient, all aimed at providing critical tools for music research. Robert combined the possibilities of a new era—computer technology, international collaboration though improved communication—with the steadfastness of those well-known giants in the field before him. RIPM has employed computer technology from the start, from DOS-based indexing systems today’s XML and SQL systems. RIPM was the first R-project to venture into full text. And this innovation continues, with the creation of the e-Library as a platform for delivering more full text in an efficient manner and the forthcoming RIPM JAZZ, a major development for the study of jazz and popular music.

"Pillar of the R-projects." Lest anyone think I am being presumptuous, this is Barbara Dobbs Mackenzie’s description of Robert. Although the youngest R, RIPM has grown quickly to become an equal partner to our sister Rs. RIPM is viewed as a major resource for musicologists and librarians worldwide and a project of central importance to IAML and the IMS—all thanks to Robert’s efforts.

Lastly: Honorary Librarian. This title, bestowed upon Robert by numerous members of IAML over the nearly forty years of membership, demonstrates Robert’s love for libraries, librarianship, and our Association. For, in so many ways, it is through Robert’s collaboration with so many members of IAML and the IMS that RIPM grew. Therefore, for all of his contributions to librarianship, scholarship, and to this Association, IAML confers an Honorary Membership to H. Robert Cohen.