I’ve just returned from a delightful fortnight in Krakow, part business, part holiday. The business part, thanks to Cambridge University Library, and the Music Libraries Trust, was spent at IAML’s annual congress. Having been involved with IAML (UK & Ireland) for some years on various committees, I, along with the rest of the UL and Pendlebury team, have attended a few of their Annual Study Weekends, but this was my first opportunity to meet the worldwide community of, what is popularly known as “Big” IAML.

So one thundery day in July, music librarians and archivists from all over the world assembled at the Jagellonian University‘s Auditorium Maximum. They came from all over Europe, with a huge contingent this year from Eastern Europe, from the United States and Canada, Hong Kong, Japan, New Zealand and Australia. From national libraries, universities, conservatoires, museums, and specialist collections. Some were retired, but delighted in returning each year to meet old friends, while some, like myself, were first-timers. All had a shared passion for music collections.

Proceedings opened with greetings to first time Congress attendees, I had been paired up with a mentor from Toronto – Janneka Guise (photo top right), and became an honorary member of CAML (the Canadian Association of Music Libraries, surely one of the coolest acronyms around) for the week. I was delighted to discover that CAML really do have their own camel mascot, who attends music library conferences regularly, including the one in Krakow. 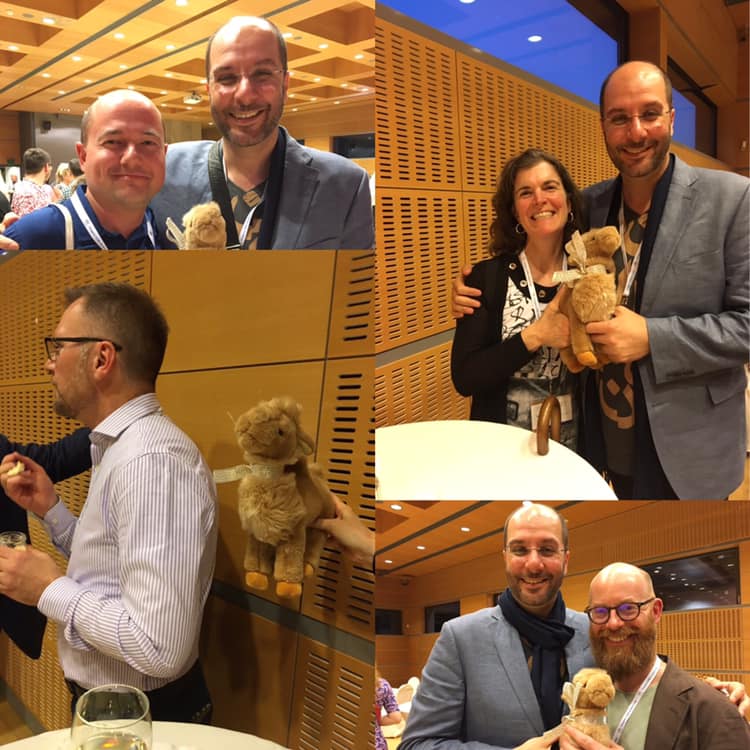 Members of CAML in Krakow

After the opening reception, it was time for some early Polish music, before jet-lagged librarians headed back to their hotels.The following day we were back again to talk, meet, and listen. It was a great opportunity to meet publishers and suppliers, and chat to other librarians about music library related issues. It’s amazing what you find out – from the lost music of Central Europe, and the effects of war on cultural heritage, to the papers of Alma Rose (Mahler’s niece) in Canada; one of the last music hand copyists in a conservatoire in London, and recollections of war and music in Australia.

A fascinating range of Polish music was on show throughout the week. Papers discussed the dissemination of music through Central Europe, and included the unexpected role of the Jesuits in this, and also introduced us to the “Mozarts” of Krakow and Warsaw; while evening concerts regularly featured music that was previously unknown to many of us. I particularly enjoyed Tuesday evening’s organ recital in the beautiful St. Anne’s church with its mix of J.S. and C.P.E. Bach, along with lesser known local composers.

On the Tuesday afternoon I went to the Paderewski Institute, and was able to admire Paderewski’s library (he was a fan of British adventure stories). It was librarian heaven as the shelving in the current music section, dated from a previous owner with an interest in French history, as was evident from the directions on the cases. This, combined with old, but sturdy library ladders, gave everyone a good dose of nostalgia. 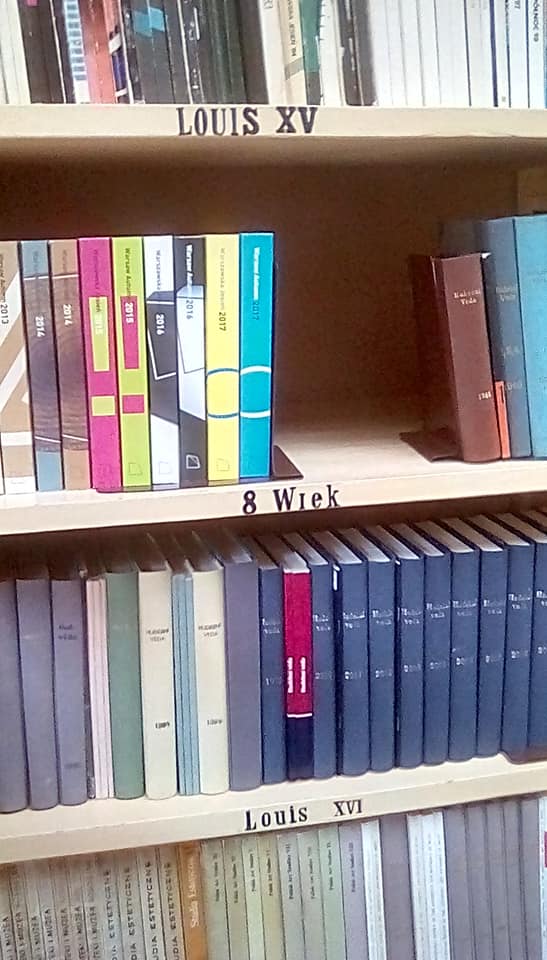 Thursday was the highlight of my week. In the morning there was a visit to the wonderful Jagellonian library. Every librarian was entranced by the book lift, a clever system which collected books from their relevant area, and, via a series of overhead tracks and a specialist book box, delivered them safely to the appropriate reading room. There were coos of delight as the book lift sprang into action, and sped off to the correct area of the building.

Video of Book Lift in Action

The staff at the Jagellonian had arranged an extraordinary exhibition for the Congress, featuring many of their star manuscripts including such musical lions as Beethoven, Mozart, and Chopin autographs. My special moment came when I saw the opening of Bach’s Double violin concerto, one of my favourite works, in his own hand. It felt very special to hold my hand above it, only separated by a few inches of glass. 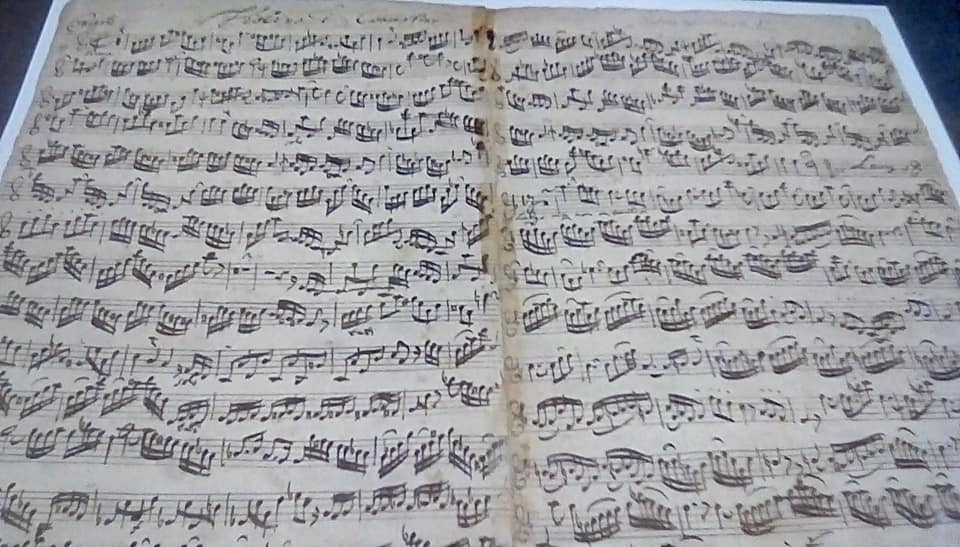 That afternoon I gave a paper about the lives of British music copyists in the early-mid twentieth century. I was feeling rather nervous, but didn’t need to be as it was a very supportive audience. The paper immediately before mine had been very interesting – auditions at the Metropolitan Opera, and the African-American singers who auditioned in the 20th century. In fact so interesting, that it largely took my mind off my own nerves.

If Thursday was the highlight for me, there were many other sessions that I thoroughly enjoyed. The Copyright working group that I had the opportunity to sit in on, gave an insight into forthcoming changes in the law, and was also a chance to see what happened with copyright across the world. Another working group on Performance ephemera ranged across all sorts of material that might be useful in charting a history of performance from concert programmes to diary entries, letters, and doodles on programmes.

The last day of the Congress came all too soon. There was a chance to buy a last piece of musical memorabilia, before heading off to the beautiful Royal Castle of Niepołomice to talk, eat, dance, and relive memories of the week. 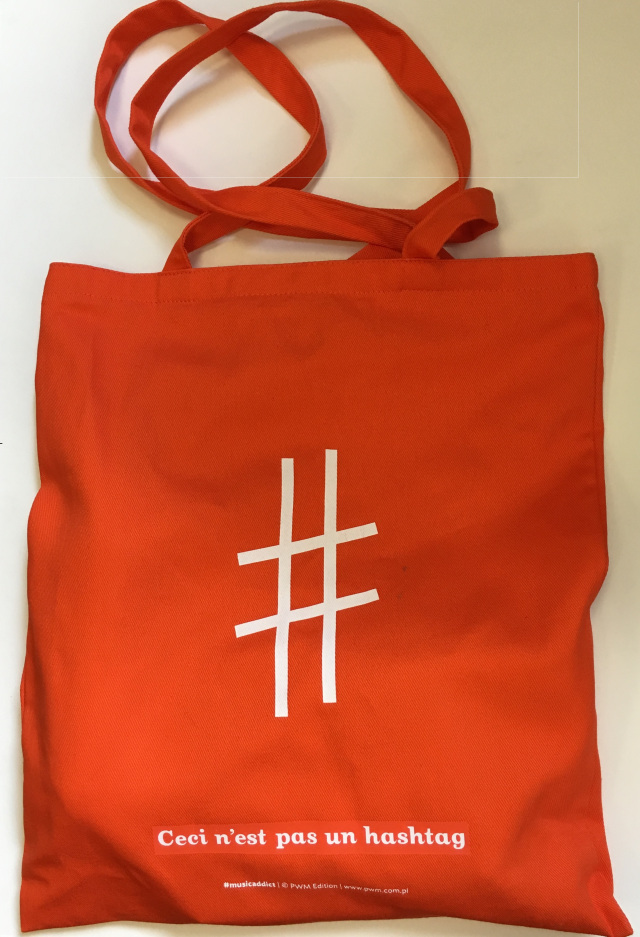 One of the very best things about the Congress was the opportunity to meet so many music librarians, to put faces to familiar names, to discuss issues in music librarianship, and to learn that some problems are truly universal.

Music librarians (if I say so myself) are an enthusiastic bunch, who love to share their enthusiasms with others. We also enjoy being musical sleuths, as many of the papers this week demonstrated, whether it was finding lost pieces of music, or resurrecting the lives of forgotten musicians. It was a fascinating week, that raced by. One colleague, who had attended many Congresses, said to me early in the week that one Congress was never enough. I suspect that he may be right.

And so, it was back to my hotel in the south of Krakow for the final time, passing Smok, the dragon, the symbol of the city, having had a wonderful week and along the way finding dragons, cam(e)l(s), and musical lions. 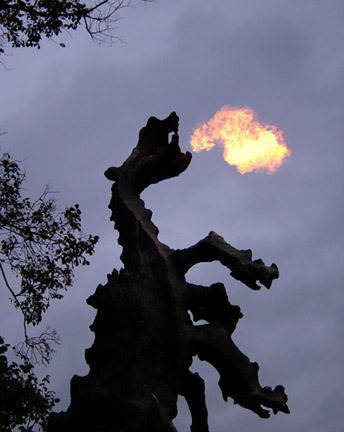 Smok, the fire-breathing dragon of Krakow