In this guest post, James P. Cassaro reflects on the life and work of Stanley Sadie, who died ten years ago this month. 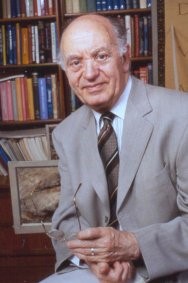 “When, in 1969, my colleagues and I began to lay our plans, we thought of the work we were preparing as the sixth edition of the dictionary first prepared by Sir George Grove...As time and work went on, however, it became clear that we were producing not a new edition but a new dictionary”—Stanley Sadie, “Preface to the 1980 Edition”, The New Grove Dictionary of Music and Musicians (London: Macmillan, 2001), xi.

For any music library professional and music scholar, the name Stanley Sadie is synonymous with the most comprehensive English-language dictionary of music, The New Grove. Following in a long line of lexicographers beginning in the eighteenth century, Stanley took on the herculean task of organizing the corpus of musical knowledge by reinventing the hallowed 1954 edition of the dictionary, which was edited by Eric Blom (1888–1959). In many ways, Sadie took up the mantle from Sir George Grove, who with every subsequent edition under his supervision, some entries disappeared, while new entries were created. This decision reflected changing tastes, new scholarship, and the ever-shifting canon of music.

What prepared Sadie to take on this task? Stanley was a scholar of extraordinary breadth and depth. He completed degrees (BA/BM, 1953; MA, 1957; Ph.D., 1958) at Gonville and Caius College, University of Cambridge, where he studied with Thurston Dart. His doctoral dissertation, British Chamber Music, 1720–1790, was a discussion of musical life in England during the period, as well as an anthology of scores, and a thematic catalogue and finding list of chamber music published in England, 1720-1790. He was on the faculty of the Trinity College of Music in London from 1957 to 1965.

Following that appointment, Sadie turned to journalism as a career, becoming music critic for The Times (1964–1981), and after 1981, contributing reviews to the Financial Times.  He was editor of The Musical Times 1967–1987.

Having worked with Stanley on the revision of existing entries in the New Grove as well as providing new entries for the New Grove Dictionary of Opera, I can attest to his passion and dedication to the art of lexicography and also his gratitude for what authors provided to the dictionary often for little or no recompense. His legacy will live on for generations, and his mighty achievements in providing access to musical knowledge will stand as a testament to his memory.